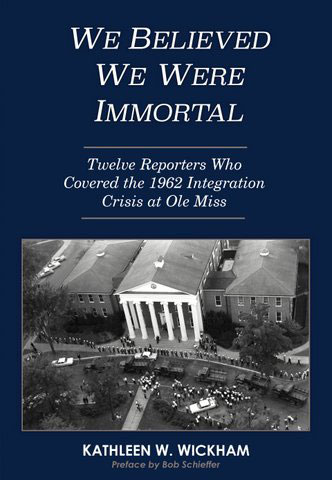 We Believed We Were Immortal

On the 55th anniversary of the 1962 crisis at Ole Miss, author Kathleen Wickham traces the footsteps of twelve American journalists and examines the unsolved murder of Paul Guihard, a French reporter, the only journalist killed during the civil rights movement. In We Believed We Were Immortal: Twelve Reporters Who Covered the 1962 Integration Crisis at Ole Miss, Wickham details the challenges faced by these journalists and how they managed to overcome beatings, snipers, and a rogue governor to file the news reports reprinted here.