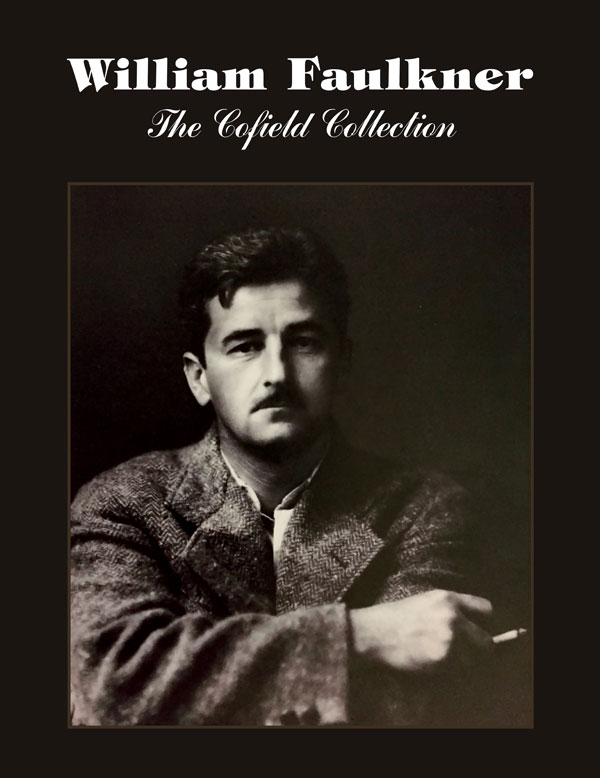 Order Now!
About the Book

School yearbook pictures, family snapshots, pictures taken by visitors to Rowan Oak, Faulkner’s home in Oxford, and news photographs trace William Faulkner’s life from birth to grave. Readers of the first edition reported that in one hour they gained a fuller perspective of Faulkner’s life and work.

“These photographs,” observed Eudora Welty, “eloquently tell us what no voice now can tell, what no words are likely to express so clearly and intimately about William Faulkner’s life. His readers must always be grateful for this valuable storehouse of living record.”

The Cofield Collection is a valuable contribution to Faulkner studies, telling us more than print alone can ever let us know…a kind of book that is both original and deeply of the past, as Faulkner himself was.

We learn a great deal about William Faulkner from this splendid book of photographs. We catch his sharpness of eye, his reserve, his courtliness, his love of the land in which he lived, his pride in being what he was—a southern gentleman of genius.

This family album out of Yoknapatawpha country is a more satisfying answer to what Faulkner was like than many more formal biographies.

A superb photo-biography… A treasure trove that in its unvarnished simplicity richly illuminates the life and work of America’s finest novelist.

The author and his Yoknapatawpha County grow a good deal more imaginable and accessible and rather less formidable in the pages of this delightful book.